The Nye Lubricants mission is to partner with innovative companies to develop high-performance solutions using our lubricant technology and engineering expertise. We can help you to improve your device performance, reliability and functional life.
Newgate Simms is a European channel partner for Nye Lubricants and is exclusively responsible for sales and technical support in Austria, Belgium, Czech Republic, Germany, Hungary, Ireland, Luxembourg, Malta, Netherlands, Poland, Slovakia, Switzerland and the United Kingdom.

Over 20 years Newgate have formed a strong working relationship with Nye Lubricants, helping the foremost automotive OEM suppliers; the world’s largest aerospace and defence contractors; name-brand appliance and power tool companies; prominent in-vacuum and clean room equipment manufacturers; leaders in the emerging medical device and renewable energy industries…all benefit from the use of a Nye Lubricants products in their devices and machinery. Take a look at the various market sectors we work in (by percentage of total business) opposite.

Established in 1844, Nye are a leader in the formulation of synthetic lubricants. With more than 700 existing speciality lubricant formulae, Nye will probably have a product that’s right for your application. If not, Newgate and Nye are ready to work with your engineering department to design a new lubricant for your component.

The Rheolube product line generally consists of soap thickened synthetic hydrocarbon greases that were originally created to provide a wide range of greases that would serve the needs of various automotive components. All of the greases in the Rheolube family are also fortified with various additives for anti-wear, anti-oxidant, anti- corrosion, and extreme pressure to improve performance.

The 380 series utilizes a soap thickened synthetic hydrocarbon/ester grease base that is fortified with various additives.

The 789 series consists of clay thickened ester greases which were developed to have higher thermal stability than the 730 series. The main applications for the 789 series are instrument motor gear trains, roller element bearings, and gear trains.

Also included in the Rheolube product line is the 2000 series which was specifically developed for instruments and bearings in aerospace and vacuum applications. These greases consist of multiply alkylated cyclopentane thickened with a sodium soap complex.

NyoGel® products were developed for wide-temperature applications requiring water and salt-water resistance. The product line was originally developed to consist of silica thickened greases that were usually translucent in color for various applications such as dampening, electrical connectors, and sliding applications.

The 774 series consists of silica thickened synthetic hydrocarbon of various viscosities depending upon how much mechanical dampening is required of various components. The damping greases also provide good water resistance.

The 756 series utilizes a silica thickened hydrocarbon that includes the incorporation of carbon black since it was designed to be electrically conductive for instrument and bearing applications.

UniFlor™ PPFEs are a family of fluorinated synthetic fluids that are used to formulate the most thermooxidatively stable lubricants available today.

Available in a variety of viscosities, from very light for low-temperature, low-torque applications to very viscous for use as sealants or in more heavily loaded applications, PFPEs can be used “neat” as lubricating oils or combined with thickeners, typically polytetrafluoroethylene (PTFE), to make a variety of PFPE greases.

PFPEs are well suited for demanding environments. They can withstand temperatures from –90°C to +250°C, and even higher spikes. Extremely inert, they don’t crack, craze, discolor, or dissolve plastics, nor do they swell, shrink, or embrittle natural rubber or other elastomers. Non-flammable, they also
resist harsh chemicals, fuel oil, and brake fluids. And because of their low volatility they are often the lubricants of choice for high-vacuum environments.

NyeTorr®, NyeClean® and NyeVac® are designed for in-vacuum manufacturing such as semiconductor, flat panel displays, and photovoltaic industries. They are chemically stable, non-toxic, low-vapor-pressure, synthetic lubricants designed for high-vacuum and cleanroom environments such as semiconductor wafer fabrication equipment, as well as flat panel, solar panel and LCD manufacturing equipment. These lubricants can improve the performance and extend the operating life of high-speed bearings, linear guides for motion control, vacuum pumps, and many other components.

From zero gravity to virtual reality, Pennzane™ Fluids Technology provides the core of lubrication systems for the most advanced and evolving technologies including space mechanisms, vacuum manufacturing of semiconductors, computer hard drives and magnetic disks.

Developed by Shell Global Solutions and now distributed worldwide exclusively by Nye Lubricants as a family of Pennzane-based oils and greases in a range of viscosities, for use in environments requiring low volatility, wide viscosity range, and performance additive flexibility. Nye was the first manufacturer to formulate and commercialize lubricants with Pennzane fluids and since the 1990s has worked with NASA scientists to test the properties of Pennzane fluids.

Lubricants for Vacuum and Cleanroom Applications

NyeTorr®, NyeClean® and NyeVac® are chemically stable, non-toxic, low-vapour-pressure, synthetic lubricants designed for high-vacuum and cleanroom environments. These lubricants can improve the performance and extend the operating life of in-vacuum related equipment such as high-speed bearings, linear guides, vacuum pumps, and many other components.
Learn More 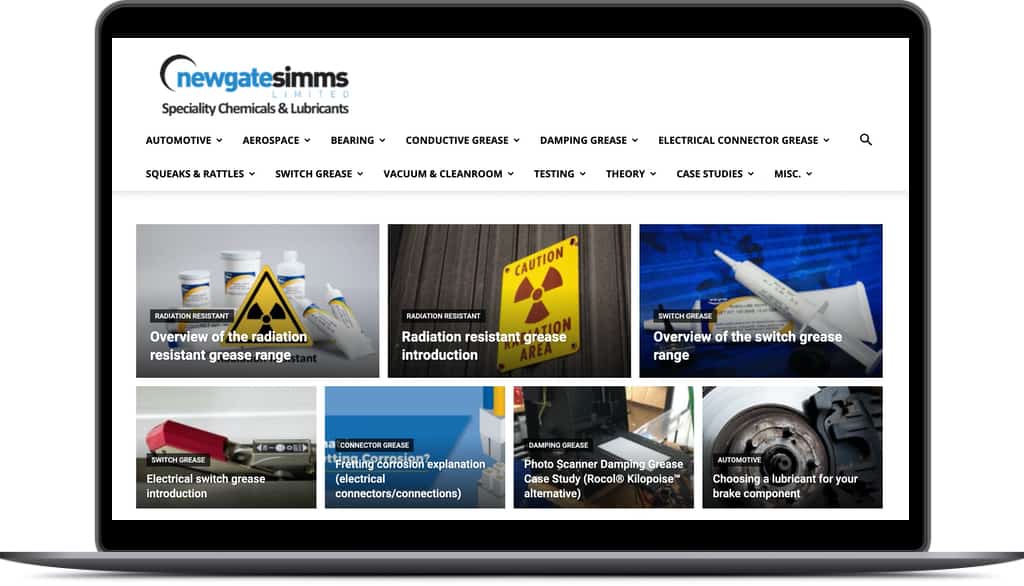